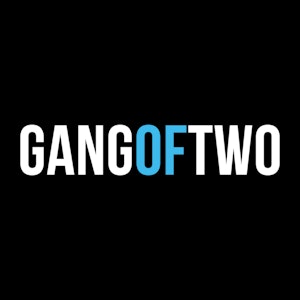 This PodCART Could Save Your Life!

From twisted minds of Terry and Shari Jaymes, the Gang Of Two is Live Baby Live! If you know Terry from his 25+ year career as one half of one of the highest rated radio shows during that era, you only know half the story! Terry and Shari are quite possibly two of the most fun and frank folks you can listen to, one second they are joking around and being silly and the next, dishing out some very deep wisdom on any number of subjects. So give Gang Of Two a shot, subscribe, download and throw them a rating... you won't be disappointed!